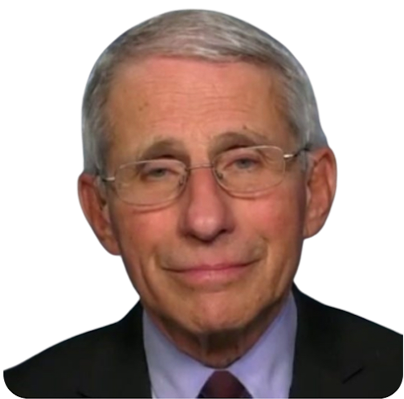 Fauci is responsible for the development SARS-CoV-2 virus, resulting in the deaths of millions of people worldwide. As director of the NIAID, he worked directly with the Chinese government by providing funding, via Peter Daszak of EcoHealth Alliance, to a BSL-4 bio-lab in Wuhan, China where the virus was engineered. This was done despite the fact that such activity was forbidden by the US government, and he later lied about this activity to a congressional committee. He also oversaw the destruction of evidence at a lab in Texas, USA that was linked to the Wuhan facility and populated with Chinese scientists.

Furthermore, he is responsible for the deaths of millions more by orchestrating a campaign in conjunction with CDC Director Rochelle Walenski to prohibit the distribution and administration of safe and effective drugs such as hydroxychloroquine and ivermectin. His repeated ignorance of science and evidence that masks don't work, contradicting his earlier position, has led to the mass-suffering and illness of billions of people around the world.